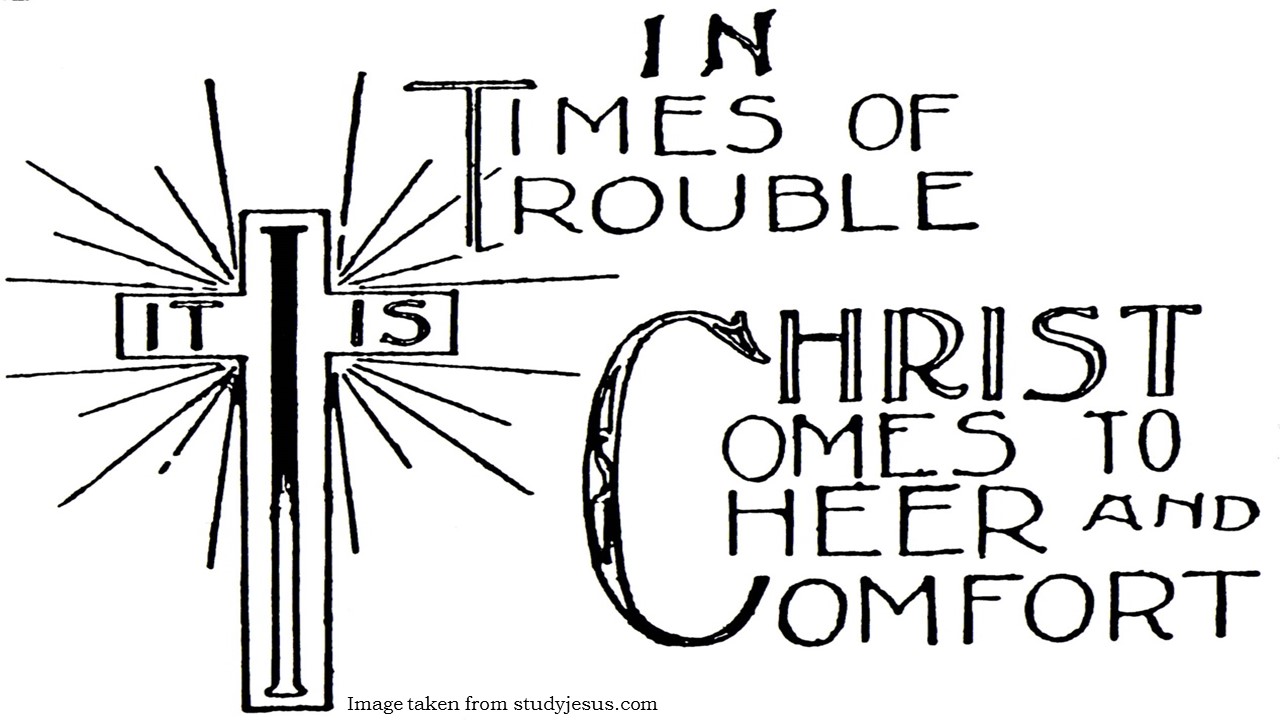 “The righteous person faces many troubles, but the Lord comes to the rescue each time.” (Psalm 34:19)

Trouble is a very inevitable occurrence to a righteous person in Christ. Being a believer isn’t being above troubles, it is being sheltered by the one (God) who is able to rescue us from trouble. I have heard many Christians take certain scriptures out of context and use them claim to immunity from trouble. This to me is not being just to scriptures and not in any way presenting the right understanding of troubles in the Christian or biblical perspective.

In part I of Troubled but Joyful, I wrote that a believer in Christ should be able to move through a troublesome moment in a quite distinct way from a none believer. I mentioned the fact that “Those who will manage to remain joyful even when in hard times are the faithful in the Lord. Those who rejoice regardless of their troubled times are those who live by faith and not by sight.” In part two of the series Troubled but Joyful, I continue to make you appreciate that a believer isn’t immune from troubles, rather when the troubles come his way, God who is above troubles keeps and rescues him from it.

Do not miss to read

David and his troubles

We have known of David as a man after God’s own heart, a man whose life is not perfect but he always was heartbroken whenever he realizes his falling short of God’s statutes. He lived as a ‘godly man’ whose experiences offers us quite a lot to learn from. Despite his godliness, David went through so many troubles that cannot compare to what many of us have experienced or will ever experience.

David had gone through a lot; his troubles have been right from the time when he was taking care of his father’s flock in the wilderness. I have been a shepherd for some time and know how troublesome it is to be with the sheep in the jungles. Majority of the scars on my legs are out of the numerous wounds I sustained while looking after animals in the jungles. Thorns have several times had their dwelling in the sole of my feet, rains have bitten me uncountable times let alone being under the scorching sun during summer or dry season.

David’s experience while shepherding is much more than mine. He had to defend his father’s flock from fierce wild animals such as bear and lion. This was a lesser trouble perhaps David went through; in any case it was a good trouble encountered while being economically productive. However, the troubles David faced which is of my interest is that which started soon after he had won the battle against Goliath and the Philistine army as a young inexperienced man in battle. The Goliath he killed was measured to tens of thousands, so after killing him, the women in the city rejoiced and sung; “Saul has slain his thousands, and David his tens of thousands.” (1 Samuel 18:7 NIV).

Saul became very furious against David, for David was successful in every military assignment given him. The king thought one time David will rise to the throne and his family will lose it. So he plotted to kill David. Twice he attempted to pin him on the wall as David entertained him with the lyre. David had to flee for his life, he had to abandon his home and become a bush man. Several times, the king made attempts to have David killed but in vain. When he was sought after by king Saul, David had to hide in the bush, at one point him and his men having nothing to eat. He had to go to Abimelek the priest for bread (1 Samuel 21).

With his vast experience of troubles even when he knew that before the Lord he was a righteous man, David wrote many psalms of praise of the Lord’s faithfulness even during such troublesome times. One of such psalm is 34 whose 19th verse I have quoted in the beginning in which David acknowledges that the righteous will have so many troubles but the Lord rescues him from them all. This was a typical experience of David with the Lord, he Didn’t just write the psalm out of theory that God is good, but in his very experiences of the Lord’s goodness. He sees God as one who is a refuge, one to whom we can take refuge and be safe. He writes:

“The LORD will rescue his servants; no one who takes refuge in him will be condemned” or put to shame (Psalm 34:22).

Troubles are undesirable but a reality

It is true that troubles are very undesired, I don’t desire any to come my way for sure. However, we cannot escape from experiencing troubles. We in no way will live in a haven where troubles are unknown, that time will but only come in paradise. We live in a troubled world. We live in a physical real world where troubles loom any time whether we try to be too careful enough to keep us from troubles.

One fact that I know which we cannot change is troubles will come our way, I therefore ask that we change our attitudes to troubles.

Refusing that we cannot get into trouble is denial and it is unhealthy to our faith. Rather, we should get encouraged that we have an Almighty God, who is very concerned with our troubles. He cares! When “The righteous cry out, … the LORD hears them; he delivers them from all their troubles.” We have a father, we have a God who sees, who hears and who cares.

It is also true that the LORD has all the powers to avert troubles from befalling us. He does that every single day lest we shall be overwhelmed by troubles. When in trouble, it is not that the Lord doesn’t care that he has allowed the troubles crop onto us, his care is always timely. He may choose to care by averting the troubles or by rescuing us from the troubles, whatever he chooses will have an ultimate good for us. Sometimes the trouble may come as though mighty, even to the extent that it may overcome our physical body. I mean we may end up passing on while in trouble, that neither doesn’t mean God never cared, we continue to remain in his safe hands – to live in eternity with him where there is no more trouble. His love abounds upon us whether in trouble or not. His grace is always upon us even when we look in very perilous time. He cares! May none of your troubles separate you from His Love for you.

Apostle Paul knew this quite well and he asks these series of questions, “What then shall we say in response to these things? If God is for us, who can be against us? … Who shall separate us from the Love of Christ? Shall trouble or hardship or persecution or famine or nakedness or danger? Paul then writes of his conviction in answer to the questions above; “For I am convinced that neither death nor life, neither angels nor demons, neither the present nor the future, nor any powers, neither height nor depth, nor anything else in all creation, will separate us from the love of God that is in Christ Jesus.”

Friends, we can be Troubled but Joyful only if we know that we are under the care of God. If we know that he is our shelter and refuge, we shall rejoice even when we look in trouble.

Do not let your troubles overwhelm you and rob you of your joy, rather let God shelter you such that joy may spring from you even when you are in trouble because you are persuaded that the Almighty God is with you ALWAYS.

I invite you who has never known the LORD to come to him, come, “Taste and see that the LORD is good; blessed is the one who takes refuge in him” (Psalm 34:8).

Rejoice therefore in the Lord always, troubled or not, rejoice. Again I say rejoice!

This message is written by Rev. Julius Izza Tabi who is a pastor in the Anglican Church of Uganda, Ma’di & West Nile Diocese. Julius served as an assistant Chaplain and lecturer at the Arua Campus of the Uganda Christin University. He is currently a candidate of Master of Philosophy in Religion, Society and Global Issues at Det Teologiske Menighetsfakultet alias the Norwegian School of Theology, in Oslo, Norway and is an assisting Priest at St. Edmund’s Anglican Church, in Oslo. For any pastoral assistance or support of this ministry you can email Rev. Julius you can also reach  Rev. Julius here.